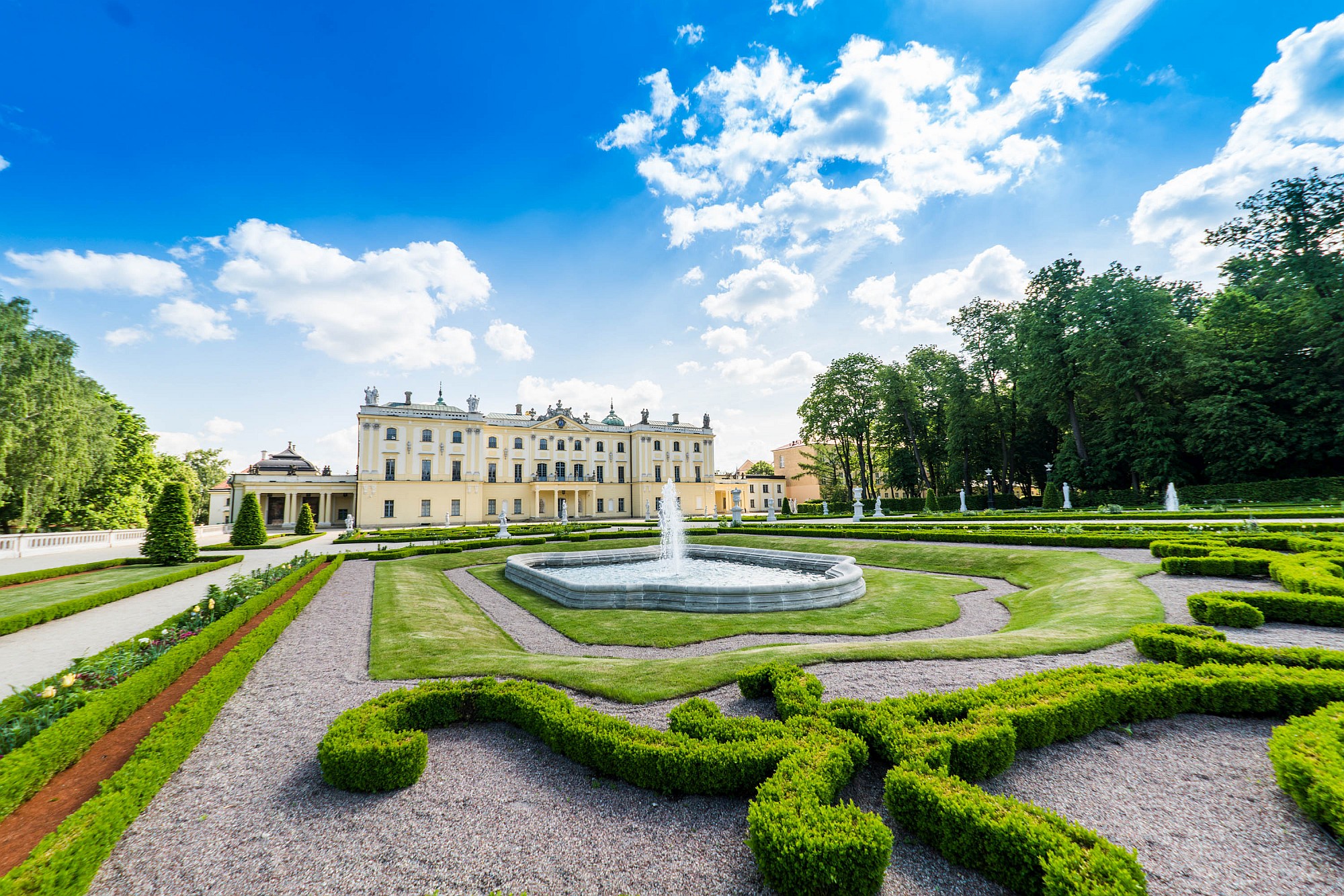 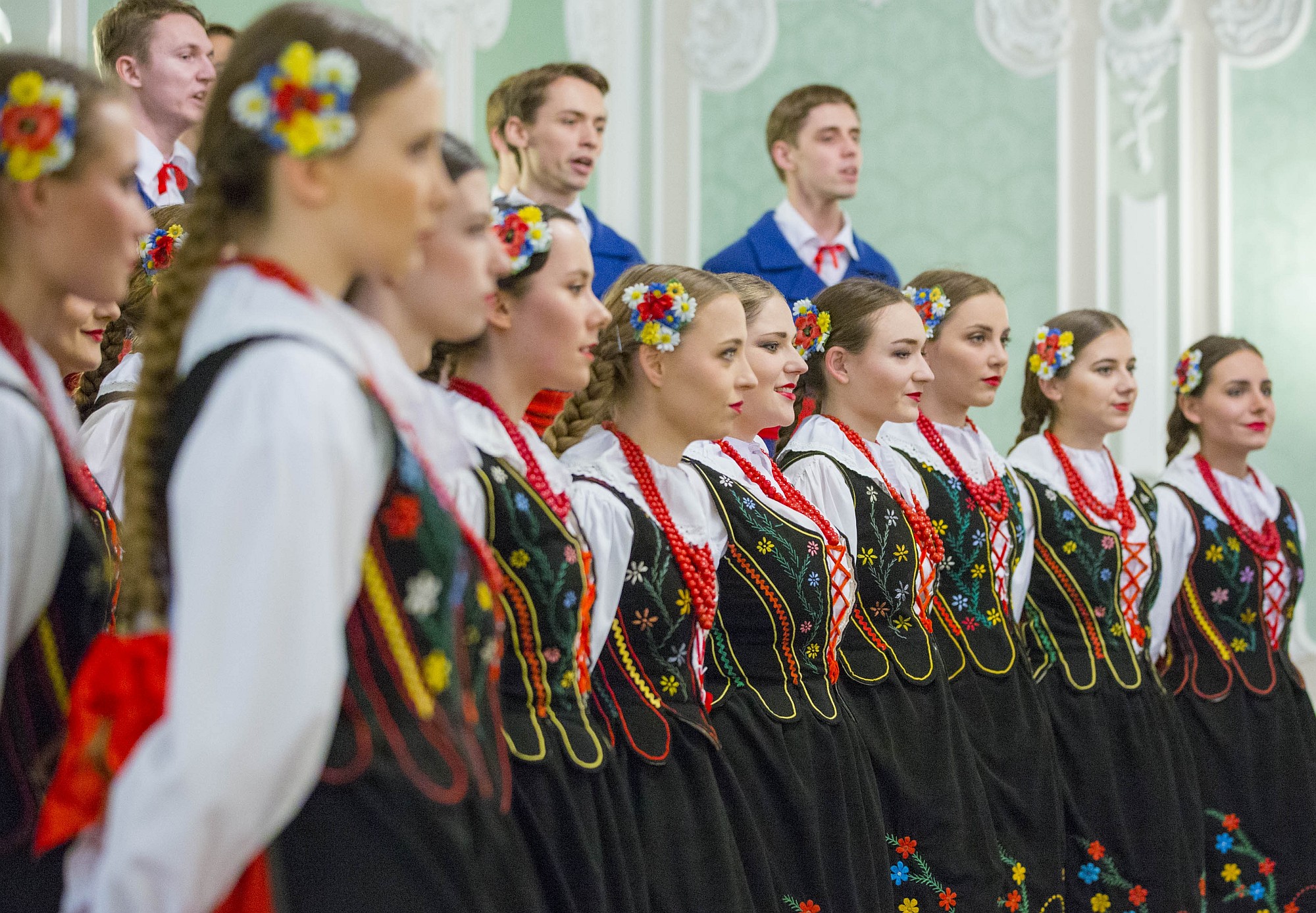 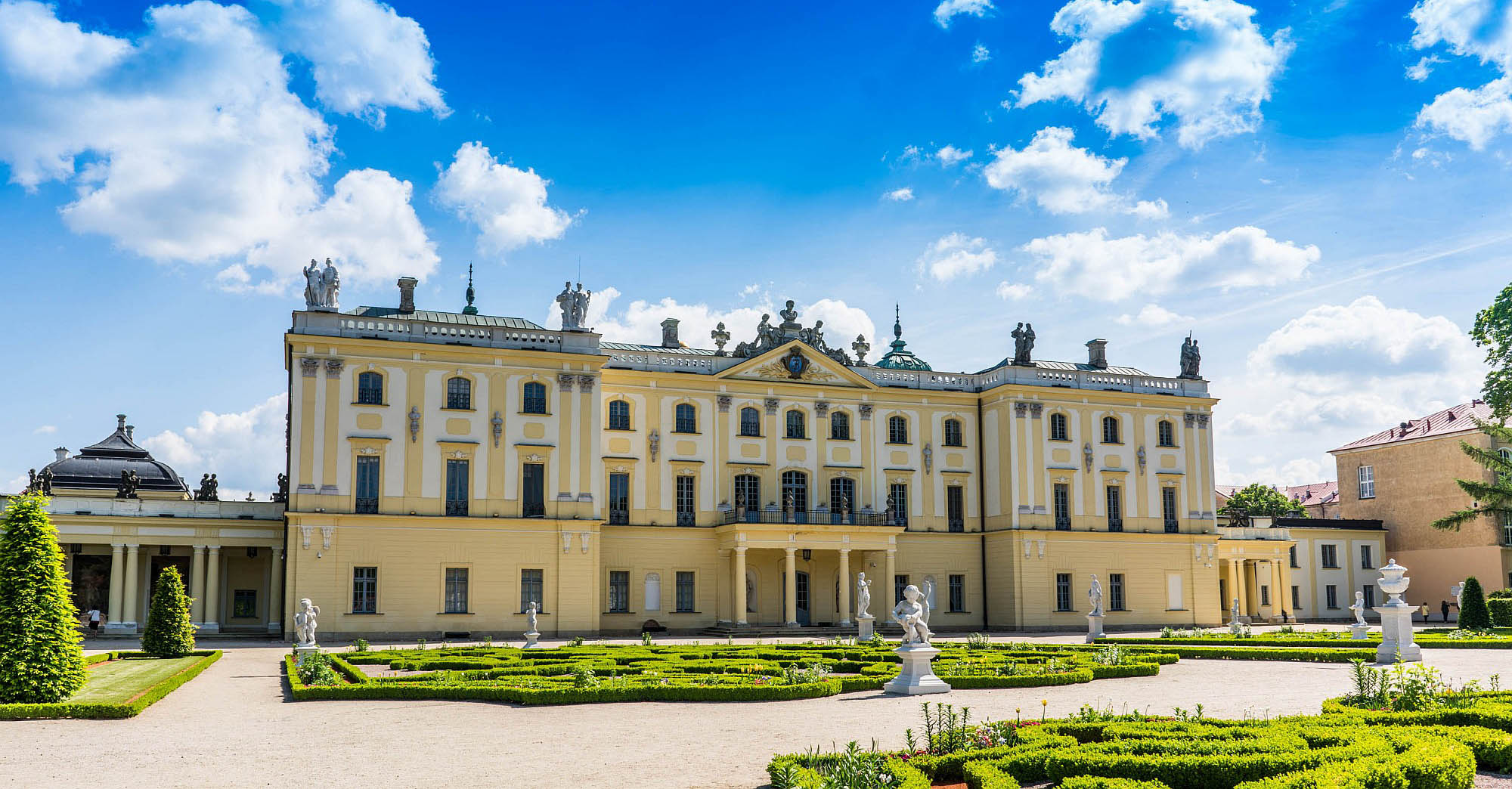 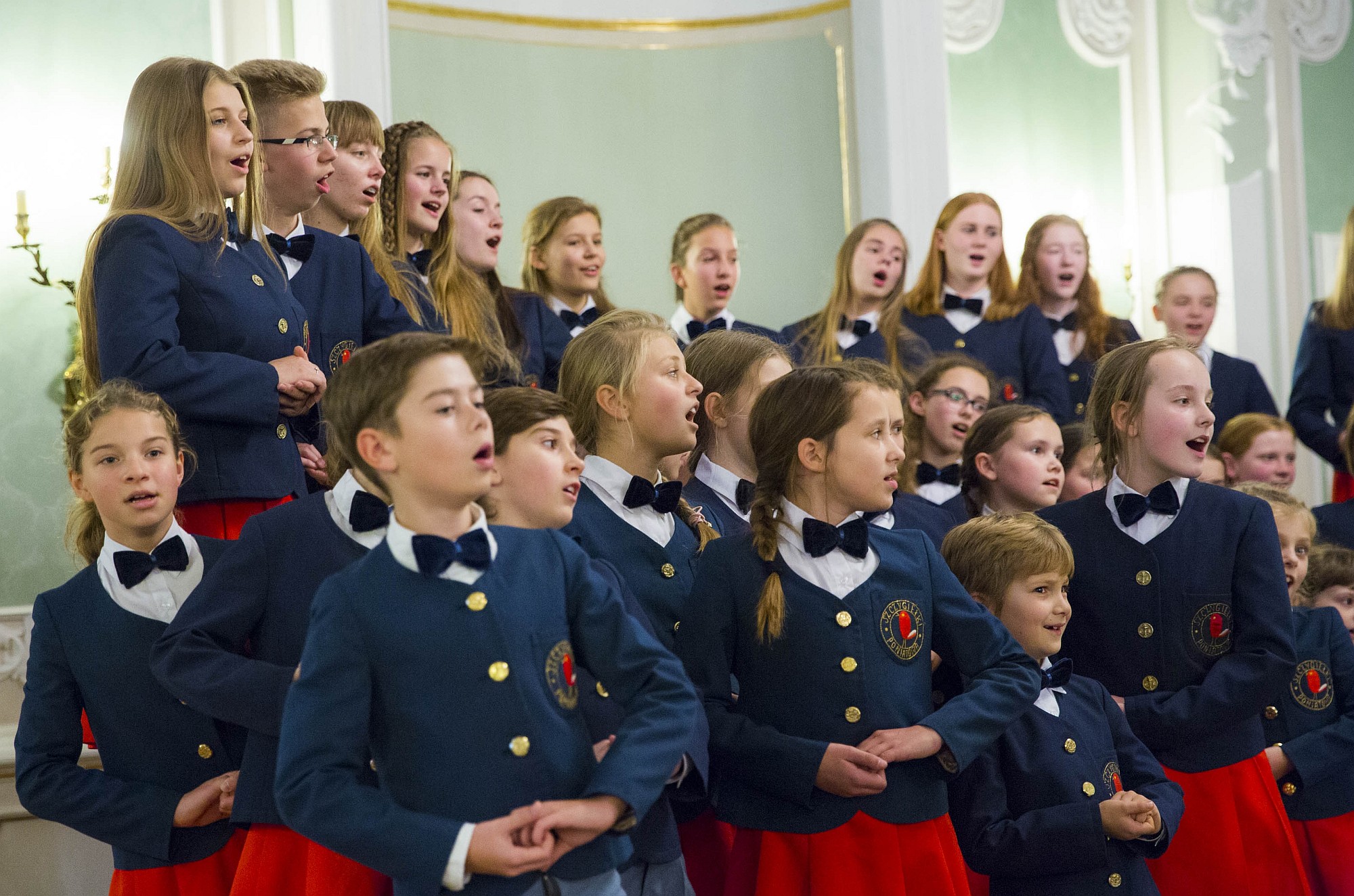 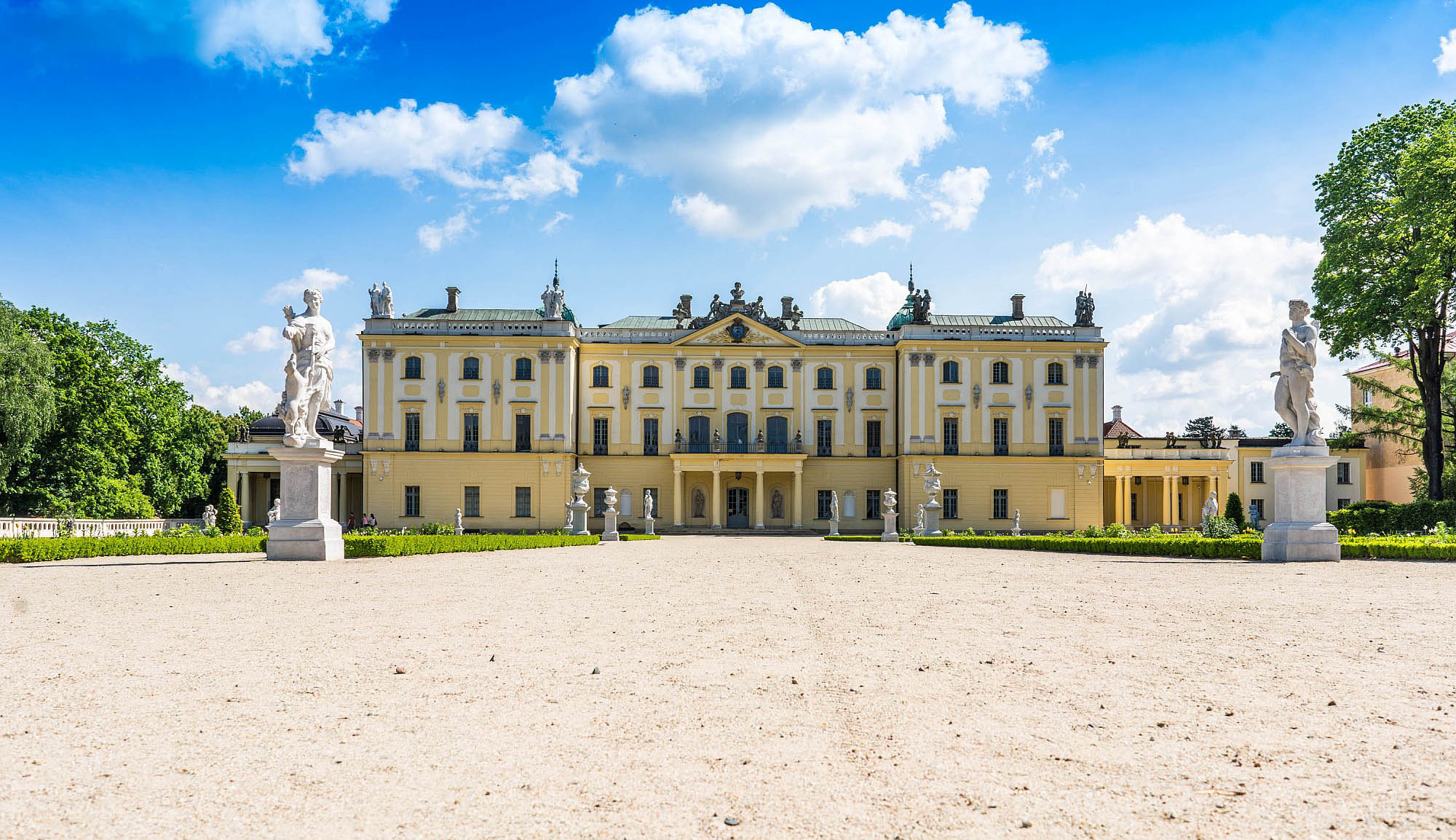 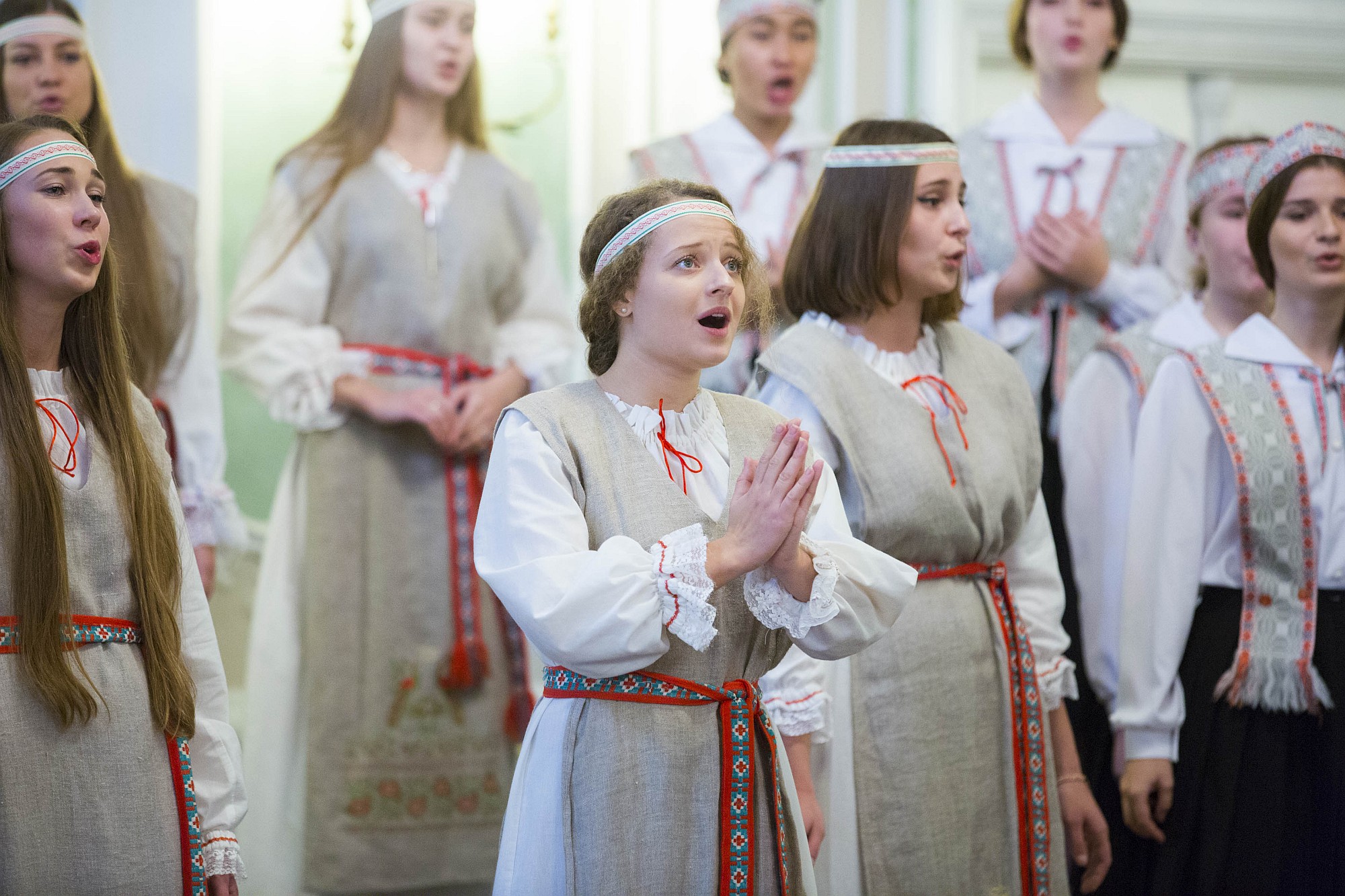 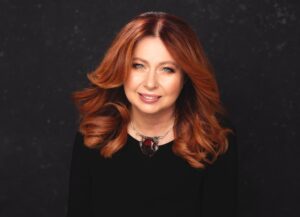 She is the conductor and artistic director of the Choir of the Białystok University of Technology (since 1997) and the Choir of the Provincial Police Headquarters in Białystok (since 2005). She has performed in many European countries, Canada and the USA. She took part in festivals, winning numerous awards. She is often invited to sit on the juries of national and international choir competitions.

Working with chamber orchestras, she conducted a number of oratorio concerts (including compositions by Bach, Vivaldi, Stachowicz, Haydn, Mozart, Beethoven, Schubert, Rossini, Moryta, Jenkins, Rutter). Together with the ensembles she leads, she recorded interpretations of selected works on CDs.

Wioletta Miłkowska is also involved in scientific activities, and the area of her research is funeral creativity. The research effects were presented in the dissertation entitled – Requiem in the works of Polish composers . She is also the author and scientific editor of books and numerous articles on Polish choral music.
She was the manager and co-organizer of many national and international scientific conferences (incl. National trend in the works of Polish composers…; Between the unknown and the forgotten. Polish music in the light of new discoveries ; In the circle of Polish choral music).

Wioletta Miłkowska has been an animator of the youth choral movement in Podlasie for 30 years. In the years 2006-2014, she was the coordinator of the activities of the National Program for the Development of School Choirs “Singing Poland” in the region. The picture of the functioning of school choir groups was presented in the publication “Śpiewająca Polska” (Białystok, 2011). For several years, he has been cooperating with children’s and youth choirs as part of his original educational and artistic project Rozśpiewany Białystok.
He is also a co-founder of the International Baltic Sea Choir (it includes members of Polish, Lithuanian, Latvian and Russian ensembles), with which he carries out artistic undertakings. 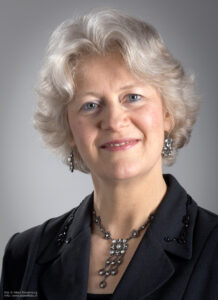 Ghislaine Morgan works internationally as a choral coach and director, workshop leader, and singing teacher. She read music at Oxford University before studying music education at London University and then voice at the Royal College of Music. After a career spanning over 20 years as a singer she now trains choirs, individual singers and choral conductors mainly in Italy, the Netherlands, and the UK. She is the founder/director of the Sintra International Singing and Choral Conducting Course, the Casole International Renaissance Polyphony School and London Upper Voices. Ghislaine has directed adult workshops in Britain, France, Denmark, Germany, Iceland, India, Indonesia, Italy, Luxembourg, The Netherlands, Portugal, Spain, The United Arab Emirates and Zambia. She is variously a tutor for Il Convitto Armonico and Studio Canticum in Italy, the English Choral Experience, Lacock Singing Courses, the National Youth Choirs of Great Britain, Platinum Choral Workshops and Run by Singers. Jury work includes Choir Fest Middle East and the London International A Cappella Choir Competition. As a soprano she performed throughout Europe, India, Japan and the USA with UK vocal ensembles such as The Monteverdi Choir, The Tallis Scholars, The Sixteen. Solo engagements embraced Monteverdi’s Vespers to Finzi’s Dies Natalis, Mozart’s Mass in C Minor to Canteloube’s Songs of the Auvergne.

Educational and choral work now being her main focus, she has a passion for encouraging others to be expressive with confidence, and a desire to demystify vocal technique. She has a reputation for passing on current thinking in vocal science with fun and clarity, and for her enthusiasm for both choral and solo singers to have well set up voices. Her teaching career has been varied – training trebles for the UK national opera houses; boys on a Mission station in Calcutta; singing teachers in Lusaka; and choir directors in Kerala. In the UK she was a singing teacher at Dulwich College Boys’ School, Head of Singing at St Paul’s Girls’ School, and latterly on the faculty of the Royal College of Music Junior Department. She presently teaches singing at Cambridge University, and has private adult practices in London and Amsterdam.

• ‘Ghislaine has the most fantastic ability not only to get to the head and heart of the music when she conducts, but also to impart this in a way that is accessible, achievable and thrilling for the singers’
• ‘I learnt more in an hour with Ghislaine than in 20 years singing lessons’
• ‘the experience was a real epiphany’
• ‘an oasis of singing….enjoyed every minute’
• ‘fabulous couple of days. I got so much out of it.’
• ‘miraculous the way she took us through that piece’
• ‘she really does make everything ‘sing’ in every sense of the word’
• ‘Ghislaine’s work with us was extraordinary…I hadn’t really liked the piece in advance…Ghislaine’s explanation …gave me an unforgettable experience.’ 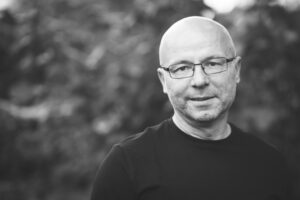 Vaclovas Augustinas (b.1959) graduated twice from the Lithuanian Academy of Music, receiving diplomas in choir conducting in 1981 (under Prof. Hermanas Perelšteinas) and composition in 1992 (under Prof. Julius Juzeliūnas). He was member of rock groups “Saulės laikrodis” and “Antis” (keyboards, vocal); after the reunion of “Antis” in 2007, he continues to compose songs and perform with them. From 1980 to 1992 Augustinas taught at the “Ąžuoliukas” music school. Since 1992 he has been chief conductor and artistic director of the Vilnius Municipality Choir “Jauna muzika”.
Vaclovas Augustinas is a member of Lithuanian Composers Union and the Lithuaniain Choral Union.
In 1993, as guest conductor, he participated in the Congress of Choirleaders in Växjö, Sweden.
In 1996 he led master courses for choir conductors during the international festival “XVI Jardanos Coralistas Aragonesas” in Borja, Spain.
In 1998, 2002, 2006, 2010 and 2014 he was a Chief Conductor of the World Lihuanian Song Festivals.
In 1999 he delivered lectures and led the seminar at the world symposium of the International Choir Music Federation held in Rotterdam, the Netherlands.
In 2000 he conducted the joint choir of the Nordic and Baltic Countries Choral Assembly.
Since 2002 he works as a guest conductor with Netherlands Radio Choir, Chamber Choir of Novosibirsk Society, State Choir „Latvia“ and with number of Lihuanian choirs. In 2015 he was a guest conductor at „Kirchenmusikalishe Werwoche des Erzbistum Köln“
V. Augustinas often works as the juror at different national and international choir competitions (including Marktoberdorf International Choir Competition 2005, Latvian National Choir Competition 2013, World Choir Games 2014 and others)
Since 2011 V.Augustinas constantly works as a juror at International Composers Competition „Musica Sacra“
Since 1995 V. Augustinas has collaborated with European leading authorities on choral music (including Frieder Bernius, Werner Pfaf, Anders Eby, Simon Halsey, Herman Max, Gary Graden, Rinaldo Alessandrini, Erik Westberg, Bob Chilcott, Maris Sirmais and others), organizing workshops on choral conducting in Vilnius with Jauna muzika choir.


His works are being regularly performed in Lithuania and abroad at various festivals, concert venues and choir competitions. Among them, his “Hymne à Saint Martin” for double mixed choir a cappella was awarded 3rd prize at the international competition for choral works “Florilege vocal de Tours” in France, 1996, and next year “Stomping Bride” for mixed choir and instruments was performed at the congress of the Association of American Choir Conductors in San diego, California. In 2004 he was awarded the prize for the best choral work (“Lux aeterna”) at the composers’ competition organized by the Lithuanian Composers’ Union, in 2006 – the Mūzų Malūnas Prize for his concert activities, in 2010 – the 1st prize (for Calm and Quiet) at the competition of choral composition, organized by the Lithuanian Folk Culture Centre and the Lithuanian Composers’ Union. More information – www.mxl.lt

Choral works, naturally, represent the most significant and substantial part of his creative output. They often reveal composers’ reluctance to depart from the major-minor system: one can find a few instances, where his harmonies, dominated by the third structures, seem to approach modal organization of pitches. In these works, rhythm and melodic contour are inextricably linked to phonetic and semantic characteristics of a given verbal text. Acoustic affinity serves as a basic factor for dynamic development of his forms.
Since 2011 V. Augustinas is a full time professor at the Lituanian Academy of Music and Theatre. Since 2014 – the head of Composition Department.

In 2010 V. Augustinas was awarded the most prestigious award in the country – Lithuanian National Arts and Culture Prize. 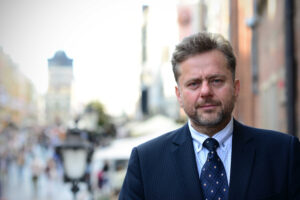 Since 2006 an Artistic Director and the President of the Jury of International Choir Festival Mundus Cantat Sopot. 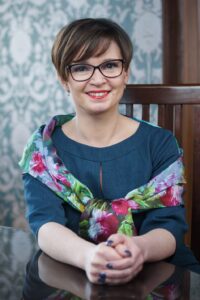 She graduated from the Faculty of Music Education of the Karol Lipiński Academy of Music in Wrocław in the conducting class of Professor Zofia Urbanyi-Krasnodębska and completed Postgraduate Choral Studies in Bydgoszcz. Since 1991, she has worked at her alma mater, where she teaches choral conducting, among others. In the same year, she started working with the ‘Feichtinum’ Choir, first as an assistant (1991–1995), then the second conductor (1995–2005) and the artistic director (2005–2014). An important moment in her professional career came in October 2000, when the ‘Senza Rigore’ Vocal Ensemble was established, currently operating at the Karol Lipiński Academy of Music in Wrocław under the name of the ‘Senza Rigore’ Chamber Choir. With this ensemble she participates, among others, in prestigious music festivals as well as national and international choral competitions, at which she has won the highest awards and distinctions, including:

From 2009 to 2011, she conducted artistic activity with the ‘Voice Factory’ Vocal Ensemble as part of the ‘Chopin a cappella’ programme, which was successfully presented in Poland and abroad. The work of the ensemble is well-documented and confirmed by two CD albums, radio and television recordings, and the Award of the Minister of Culture and National Heritage received at the 23rd Bydgoszcz Musical Impressions in 2010.

As a lecturer, she has cooperated with the Polish Choir Conductors’ Studio in Koszalin and with the Summer Academy at the Karol Lipiński Academy of Music in Wrocław. She continuously cooperates with the Choir Academy – the National Programme for the Development of School Choirs ‘Singing Poland’. She has also conducted classes for choir members and conductors as part of the Polish National Youth Choir project. She is invited to participate in the jury of national and international choral competitions.

In 2014, in recognition of her wide-range activity she was honoured by the President of the Republic of Poland with the title of Professor of Musical Arts.

Graduated with distinction conducting in the Fryderyk Chopin University of Music (Warsaw, Poland),where she began her academic career in 2003. In 2010 she received PhD degree in conducting, following with post – doc degree (habilitation) in 2015. She continues to work in her Alma Mater giving classes on conducting and early music performance.

In 2003 she began her cooperation with one of the oldest academic choirs in Poland – The Choir of Medical University in Białystok, with which she won many prizes in international choirs competitions and was awarded with special individual prizes for the best conductor of the competition.

In 2005 she founded professional ensemble „Diletto” which specializes in historical performing of early music, especially of the baroque period. In over a decade the „Diletto” ensemble has staged 7 operas and many of the most famous oratorios such as Haendel’s Messiah, Israel in Egypt, Brockes Passion or Bach’s Christmas- oratorio, Eastern – oratorio, St. John’s Passion and many more.